Root canal complete.  Root canal success. The only pain that will remain in this trip is in my legs and or butt! Ah, and my left pinky is basically permanently numb.

Ryan, Mike and I rode casually out of Springfield down Route 66 and were presently surprised to see signs that showed a picture of a bicycle followed by, "May use full lane." Definitely one of our favorite bicycle signs we've seen and it would set the tone for tomorrow's ride.

Day 32 was an easy 64 mile day to Carthage, MO. Our first ride under 70 miles since we arrived in Nashville. Not to be mislead, we rode a short day to a town where we found a cheap motel so we could rest up for an inevitable century ride (100 miles).

Route 66 was relatively uneventful, but it was hot and I was exhausted from my early rise and sitting through a root canal. I was not feeling it today, but like always, I just kept pedaling through the hills. 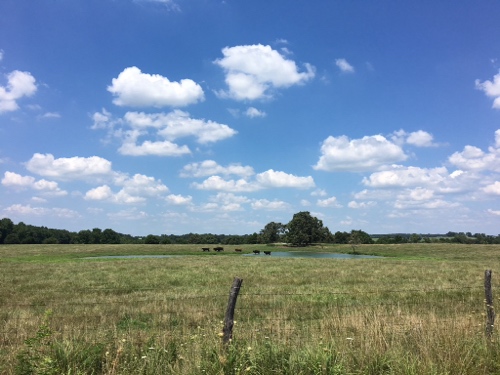 There was lots of scripture to read on the side of the roads though. There was either a giant billboard or multiple smaller signs reading out a passage from the bible. I even rode past the entire "Our Father" for a quarter of a mile. It was a nice time for self reflection, though I am not entirely a religious man.

We found a classic Midwest bar called Bernie's filled with 4 locals drinking Busch Lights and talking about... politics... At 3 in the afternoon. 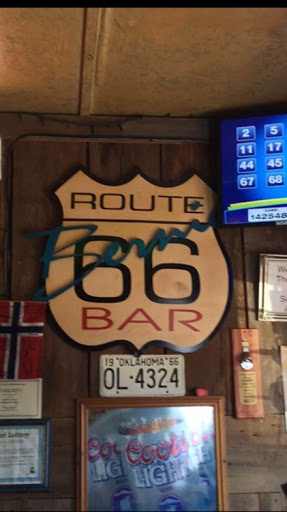 They also filled us in on where to eat and what to see in Carthage. Apparently the city hall has marble in it that is only in Carthage and Italy. I gotta call bull on that one. The Freedom Tower is filled with tons of marble straight from Italy. 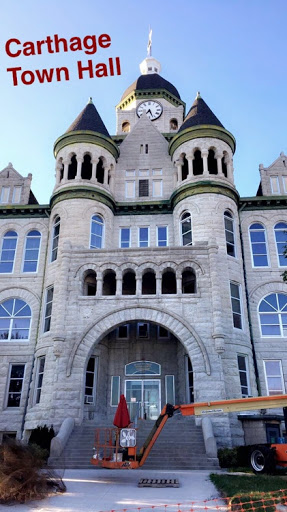 We rode the rest of the way through Route 66 into Ferdonia when I realized I was in Jasper County! 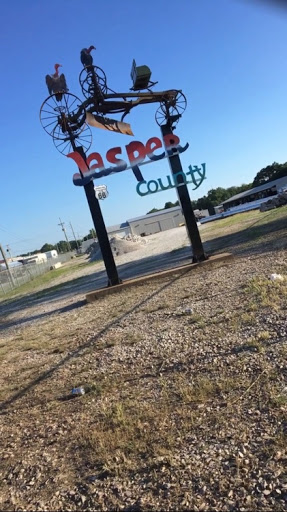 We made it to our motel, stuffed our faces at a Chinese buffet, ate ice cream, had a laughing fit and a great night sleep in an air conditioned room.

It may sound like we are wussy-ing out by staying in all these motels, but there is almost no other option. Not just the pain of riding through 100 degree days, but the nights only get down to 80s and the humidity doesn't dissipate so laying in a tent is like laying in a sauna. It makes sleeping impossible and we would not be able to complete these long mileage days without a good nights sleep. So for now, motels are the way to go. Not to mention, between the three of us, the cost is almost the same as a camp grounds. Win win.

Wakey wakey, it's time for a century ride!

Today was the perfect day for a century ride and as I like to call it, an LSD. Long Slow Distance. We were accompanied by low traffic and wide open roads which allowed us to ride next to each other and talk and tell stories. 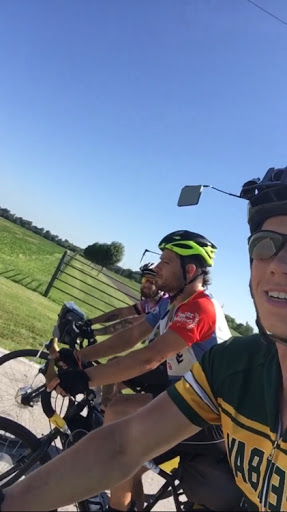 This is the best way to ride! We would talk and talk and be so distracted that before you know it 10 miles down, 20 miles down and so on.

Then, without questions, we saw one of the most amazing feats in the world. Dogs barking no longer worry us, so when we hear a bark or two, we casually turn our heads to check out what type of dog is making all that noise. There were two dogs stuffed up against the property fence howling to play and run with us. Then at once, one of the dogs leaps up and over the 4 foot fence with no running start. Just pounced as if he/she stepped on a loaded spring. It was a miracle and it caused me to hysterically laugh on my bike I almost lost control.

Still telling stories we rode on into Kansas for my 10th state of the trip!!! 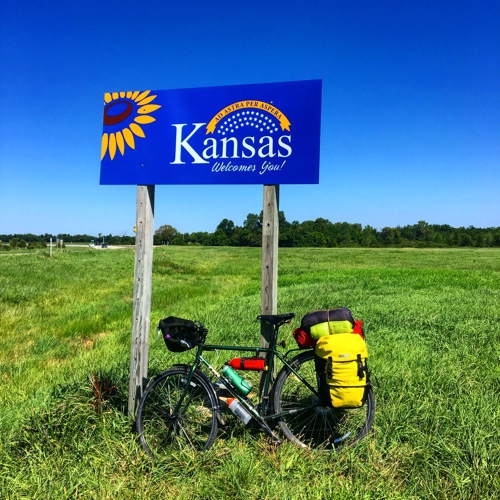 Kansas is definitely flat. Flat relative to the mountains and hills we have been through. But crossing a state boarder, there is always a gradual change from the one state's landscapes to the next. So this isn't to say Western Missouri wasn't very flat as well, but also I am expecting even flatter Kansas.

Finally with 77 miles down we reached our 30 mile countdown to the Ferdonia Inn, about 2.5 hours.

We were all exhausted and personally my legs were shot. So to make the final miles fly by, we played games consisting of "What can go under the UMbrella?" And "Green Glass Door" and 20 questions.

Without the help and company of Mike and Ryan I would have never finished a ride like this. But then again without them, I definitely would not have attempted it. Really the whole reason for this long ride was so Ryan could get to Wichita at a reasonable hour tomorrow so he could get his 4th Swallow tattoo. They trucked it through Missouri so I could get to my endodontists appointment, so it was only fair to push through with them to Wichita. We are a team, team never dry, and ducks fly together.

Upon reaching Ferdonia Inn, I examined Jasper only to find another broken spoke. COME ON!!!!!!! I removed the broken spoke, loosened my breaks so the wheel wouldn't rub and hit the hay.

I woke up way less sore than I thought I would have. It must have been the massive Mexican dinner and 32 oz margarita.

Ryan took off early to get to Wichita for his tattoo. Mike and I rode off together around 9:30 and chose the method of conversation to take us through the first third of the day.

We talked about baseball and girls. We laughed and sympathized with each other as we shared stories of high school, college and beyond; stories that have shaped the men we have become.

Mike, Ryan and I have grown to become very good friends over the last 3 weeks. That is bound to happen when you are with each other 24/7, share a bed and butt butter, can relate on a lot of other personal levels, but most importantly, burst out in songs just about every 20 seconds of the trip.

It will be very sad to say goodbye to Ryan tomorrow. He is heading south toward LA and Mike and I will continue west to Colorado. I really look forward to reuniting with him in October when I return.

Back to the riding. Kansas is gorgeous. I have heard a lot of hate toward Kansas, but come on... I have never seen such expansive land and open skies. This blows those Kentucky skies I had mentioned previously out of the water. 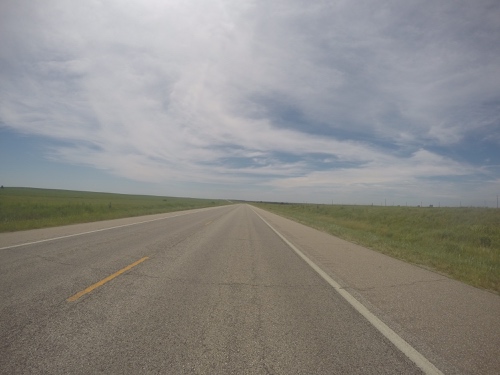 There was a brief moment on route 400 where I was climbing a hill and was able to see far out on all sides of me and felt so at peace. I took a deep breath and thought, "I hope this trip never ends." 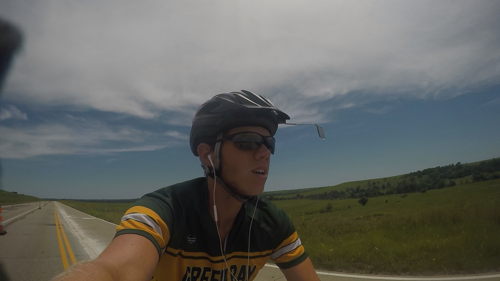 I currently can't imagine returning to NYC and running through the daily 8-5 work day waiting for Friday at 5 for a brief two days of freedom. This is too serene. This is too peaceful. This is too perfect. 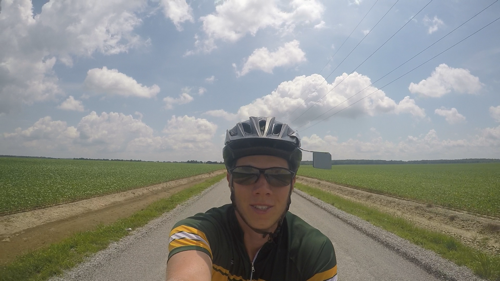 For some reason, in preparation for this trip I would imagine riding through Kansas a lot. I figured I would want to rush through it to Colorado. Kansas is nothing what I pictured and I definitely did not expect such a feeling of serenity. I could not be happier to be ahead of schedule and can now slow down and enjoy the rest of the country.

With 30 miles left for day 34 (that 30 mile countdown is a reoccurring theme) I check my Warm Showers app and got two responses. I opted to accept Barry and Nancy's offer to host because their profile explained they have done some of their own bicycle touring. Also Barry founded the Bike Walk Wichita Inc., a non-profit biking/walking advocacy group that works to improving paths, trails and streets for cycling and walking. Basically a no brainier.

We arrived at Barry and Nancy's and parked our bikes in their garage which was home to dozens of bicycles and one tandem. Nancy was cooking spaghetti and after my shower I helped shuck corn.

Barry and Nancy are so friendly and nice. Their daughter, Michelle, lives next door and joined us for dinner and story telling. It was so special to sit around a table and enjoy a home cooked meal with some great people again.

After dinner and home made peach cobbler (peaches straight from Georgia) they took us to downtown Wichita known as Old Town for a live cover band, a few drinks and dancing.

Barry poured on some history of the area on our way there which was so cool to hear about. One of the main streets and areas, Delano, was the old Wild West red light district. You could imagine the dirt roads and swinging doors with drunk Cowboys falling in and out.

We can't say thank you enough to Barry, Nancy and everyone who has taken us in through this trip. It makes a bad day good. If we're tired after 90 miles, we are immediately perked up by the good spirits of our hosts. They are kind enough to let us take a day off Sunday, day 35, and spend another night.

Barry also is friends with a bike mechanic, Terry, a few doors down. Once again, I got lucky to run into a bike mechanic the day after me finding my spoke(s) broken. All bike shops are closed Sunday, so Terry was a life saver!

Wichita is a gorgeous city. Don't let anyone dissuade you. This also puts us halfway across the country!!! Though it is a few hundred miles short of my halfway point. 34 days down with 69 days available. 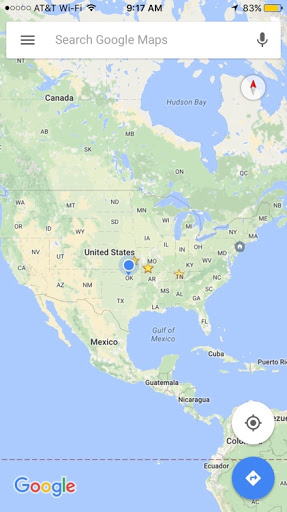