Day 15: Not your typical Independence Day

Change to my snapchat username! It will not effect you if you are already following, but just thought it made more sense and don't know why it took me so long to do this in the first place.   Snapchat @MSquaredVelo Day 15

After fireworks last night we made our way back to the hostel. We were up until midnight talking amongst each other and the various Appalachian Trail hikers staying at Chucks. It was really cool to share our similarities and differences we encounter when one is hiking vs cycling.

The biggest and most obvious is that us cyclist are riding through a few towns a day where we can look for lunch, restock on water or chat up with the locals. The hikers on the other hand potentially spend days away from the next town or checkpoint so it is vital for them to always have the provisions they need to survive.

Also, all hikers on the AT receive nicknames throughout their journey and stay true to their names even by introducing themselves to us by those names. Some included Sidways and Yogi. Mike and Ryan gave each other their nicknames Zombie and Swallow based on their tattoos.

It was also really cool to talk with Ryan, Mike and Jamie about our cycling strategies and what hurts most. Things such as standing while you're climbing a hill or not standing at all. I like to stand to give different muscles a rest whereas Ryan and Mike just bear down. As far as the hurt... Clearly our asses are in the most pain.

Waking up to a breakfast buffet in a hostel (that is included in your $12 stay) is top notch. No saying holds truer when you're on a bicycle tour, "breakfast is the most important meal of the day." I filled up with two hard boiled eggs, baked potato, Cinnabon, fresh waffles topped with sliced bananas, cool whip and bacon syrup and washed it all down with a fresh cup of Joe and some OJ.

Ryan, Mike, Jaime and I were able to get some laundry done before head out for the day. It's always important to do laundry when you can because who knows when the next opportunity will arise.

We each grabbed a subway sandwich, downed half, saved the second half for dinner and made our moves out of Damascus around 1 PM. The ride out was so great. Ryan, Mike and I were in the zone. I contribute that to the healthy breakfast and definitely the cold brew coffee we had with our sandwiches.  That is until... 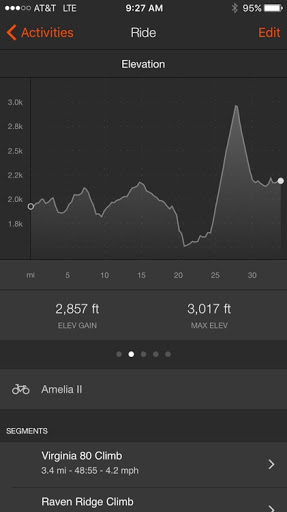 We reached the dreaded "Virginia 80 Climb" as named on Strava. 3.6 miles of 1,336 feet of climbing. We all trailed off from each other as Ryan is the strongest rider and Mike stopped half a mile back before the climb to give water to a stray dog.

We all agree this hill was the biggest pain in the ass thus far. It took me 48:55 to get up the 3.6 miles. That's 4.2 miles per hour. After 30 minutes of climbing, every switchback the thought surfaced, 'this has got to be the last one,' and it never was. It was bicycle torture. 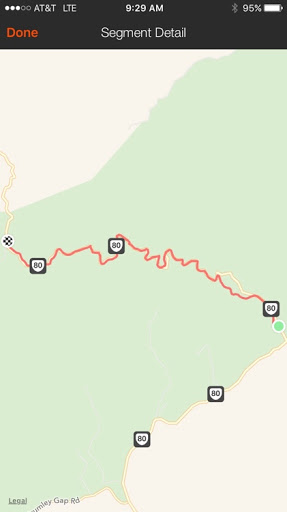 Finally seeing a parking lot around the last switchback you knew it was the summit. Now became the incredible downhill chubby.

Upon reaching the other side of the mountain we all met up a few miles down the road at the Biker's Hostel. I found Ryan raiding the pantry and freezer for crackers and frozen dinners with the weary look of "what the fuck kind of climb was that!?" Look on his face. I shared the same expression and then joined him in raiding the fridge. 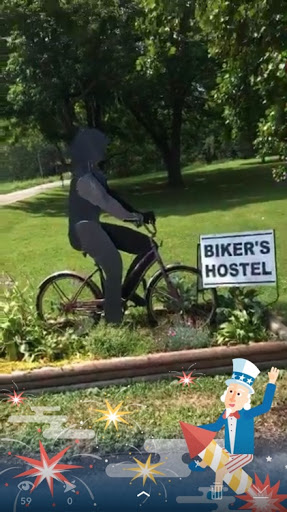 Soon after Mike came limping in to the hostel. When he made his decent down the mountain he lost control on the third switchback and went flying over his handlebars at 30 miles per hour. He landed on his entire right side with his shoes still clipped into his bike. The only true thought he remembers is, "get this bike off me!" While landing on his side, he launched the 60 pound bike away from his body and miraculously rolled onto his feet.

He is incredibly lucky he only came away with a few scratches and probably a bruised hip, but no head injuries and his bike remained intact. 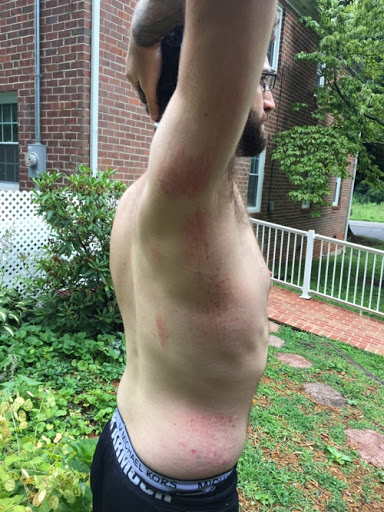 Hearing this news, we made the easy decision to spend the night at this lovely bike hostel. When making plans yesterday we actually considered taking the whole day off, so we were content with the 34 miles we rode today... And also happy Mike is alive and walking. We also got word from Jamie that he didn't feel well so he stayed behind before reaching that god awful hill. 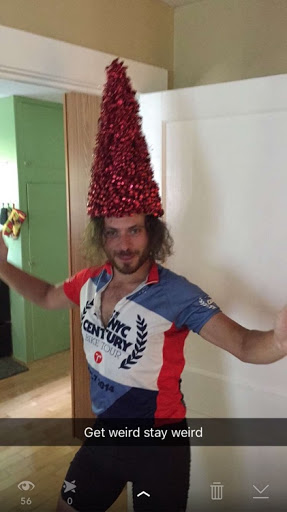 Once we settled in, we feasted on a ton of pasta and an incrdible dessert consisting of Cinnabons from Chucks, cake, ice cream, cool whip and chocolate syrup left in the fridge at this hostel. Since we couldn't grill burgers and dogs for the forth, we had to indulge somehow... It's the American way.

To continue the celebration sans fireworks, we blew bubbles and made a fire! We laughed at how this was the first 4th in a long time we weren't chugging beers and wiping ketchup on our sleeves, but we made it work and had a great time.

Happy Birthday, America! Thanks for making this journey possible.
Posted by Unknown at 7:11:00 PM