I Won't Be Stopped

I took another Friday night off from partying for my next touring preparation and this time I refrained from having even one drink. My roommates went to the Yankees game to watch an old high school teammate, Curt Casali, catch for the Rays. They were lucky enough to see him involved in some action, although the attention was reserved for the guy he was trying to tag out, Jacob Ellsbury of the Yankees. Ellsbury stole home in dramatic fashion and Curt couldn't make the tag in time. All the pitcher had to do was throw a strike and the inning would have been over... but I digress.

My roommates were enjoying a 70 degree summer night baseball game in April, slugging beers and chowing down on 2 foot cheesesteaks, while I packed my panniers and preformed the ABC's (Air, Brakes, Chain) of bike maintenance.

My goal this weekend was to not just ride one day with two full panniers, but three days (I took Monday off from work) with all four panniers overflowing with laundry, dirty bed sheets, a baseball glove, shoes and some camping gear. The camping gear consisted of my new stove, gas can and cookset. I had no intention of camping as I am still without a tent and sleeping bag, but I wanted to fill my panniers and start to get an idea of how and where these items will be stored. Now my added weight was coming in closer to 40-50 lbs.

The day I leave my apartment on time for a not-even-that-early morning ride will be the same day I stay late at work on summer Friday night for pure enjoyment. The sun was hidden behind grey clouds when my alarm sounded and while I did manage to avoid the snooze button, my movement was slow and lagging. I opted for a shower to wake me up, which prompted the 30 minute delay, then ate an egg sandwich and drank a black coffee. While my roommates remained snug in their bed, I donned my fluorescent neon rain jacket and I was out the door by 8:30 AM.

It only took 3 seconds for my lips to peel back from my teeth producing a smile wider than my face like the Cheshire cat. The only reason it took that long at all was because I needed 2 seconds to inhale the smell of spring rain. That, coupled with the soothing sound of the rain patting freshly sprouted buds from the trees outside my apartment is enough cause for any nature loving human to smile. The true beginning of spring has finally arrived.

The spitting rain only lasted about 30 minutes. I rode that familiar 10 mile ride up the Hudson River Greenway to the Little Red Light House. This time, without pause, I ate a PB&J on the go and instead of taking the GWB to Jersey, I continue straight on the pathway until it's end just south of Inwood Hill Park. After about a mile down Broadway under the 1 train, I reach Van Cortlandt Park (VCP) which marks the start of North County Trail.

This trail is 20 miles of paved path unencumbered by motorized vehicles. This allows me to plug in my wireless headphones and get lost in a world that Stephen King so beautifully illustrates. Currently I am in Derry, Maine eagerly anticipating the whereabouts of Pennywise the Clown in IT.

I stopped at a deli at mile 29 for 20 minutes for a BEC (Bacon, Egg and Cheese), coffee and a Gatorade. This lunch break fueled me until arriving at my parents house at 2:30 PM. Just in time to watch the New York Rangers get eliminated from the playoffs in 5 games by the Pittsburgh Penguins.

While the Rangers were getting blown out, my brother Adam, dad and I went outside and played 2 hours basketball. Despite the fatigue of riding 54 miles and carrying the weight of a small child, I can't help myself when it comes to ball play (hardy har har). My roommate even calls me Boomer (the name of his crazy and over energetic dog) because of my enthusiasm for always being down to toss the pigskin, shoot hoops, throw the baseball or whatever it may be.

I can't forget to mention that another reason I rode home is to celebrate my birthday which was Wednesday, April 20th. After ballin' in the backyard, I opened presents and ate a spectacular steak filet, mashed potato and asparagus dinner.

My family (and girlfriend who was away this weekend) is incredibly supportive of my commitment to cycle across the country and it means the world to me. Without their support and confidence in my ability to complete this trip, I know for sure it would have been a more difficult decision. In showing their support, my birthday gifts included camping items that I still needed to purchase to make my trip more comfortable. This included gift certificates to Best Western (a real bed, shower and complimentary breakfast will be a dream after a tough or rainy day of riding), a sleeping pad, collapsible bowls and cups, and a few other items. There was also cash thrown to help in the purchase of a tent and sleeping bag; the last big money items on my list.

My girlfriend, Livi, got me a GoPro. This is something I really wanted, but would have been a final purchase if I had the money. Now that I have it, I will be able to take amazing videos and pictures to share with you all including some of the ones in this post!

Last, but not least, Adam got me bumper stickers with my MSquared Velo logo! I can't wait to be slapping these all over the country! Also I am considering raffling a few stickers off if people are interested. Something like, each dollar donated to Alzheimer's Association is one raffle entry.

With support like this I am a lucky guy... and it doesn't stop at family.

After a great birthday celebration, I was in bed yet again at a reasonable hour. Sunday morning I let myself sleep in a little later, but made sure I got another ride in. It is one thing to ride far and hard one day, but to repeat that process day after day is where the real challenge presents itself. After enjoying leftover birthday dinner and of course a cup of coffee, I was out to explore the Connecticut woods.

Not 5 minuets out the door I found a dollar right on the side of the road. Nobody is hoping off their bike for a quarter, but a crispy dollar... hell yeah! That's good for a lunch time coffee.


As I navigated my way through the curves of the Connecticut country side I noticed a reoccurring theme. It is something that did not surprise me, but actually transported me back to days of my unabashed youth. Every half mile I would spot a trash bag 10 feet into the woods with silver cans labeled "Natural Light" or "Keystone Light" half poking out of the tears in the bag like Ace Ventura trying to escape the Rhino's ass. It never crossed my mind just how many of these bags litter the roadside like the unwanted dandelions in your front yard.


The ride felt great, but I was done after 35 miles. Maybe this is just what I told myself so I didn't have to keep riding, but I thought, I will be biking all summer and I want to go back and hang out with my family. In fairness, when I got home, Adam and I played another 2 hours of basketball. Let's call that another 10 miles. Then we threw it back to our preteen days and my dad hit tennis balls really high in the air and Adam and I did our best to track them down and make the catch. A classic game if you ever had the chance to be coached by my dad in little league.

As the sun went down, I lit a fire by our backyard pond and played guitar and drank some beers. If I had the energy for all of that, I am convinced more biking wouldn't have killed me either. It was a perfect Sunday.

Two geese had me up at 7 AM Monday morning squawking back and forth across the opposite ends of the pond. Not to be deterred from sleep, I screamed at them to shut up and closed my windows. My body was feeling the exhaustion from the previous two days of cycling and sports and I need a few more hours of recuperation.

Packing was a little more difficult this morning as I tried to squeeze my gifts and an extra pair of shoes into my panniers, but I got it done. I also had the confidence I could wrap bungee cords around a 12-pack of Shock Top (another birthday gift) and ride those back to Manhattan too. That's another 20lbs... but I'm not leaving free beer at home.


The ride home, just like the second half of last weekend's ride, is a relatively downhill ride. This time I did not stop for a lunch break. I grabbed a sticky bun and a stick of beef jerky at a gas station and rode right on into Manhattan. My strength was draining and I just wanted to be home, but I had 10 flat miles to go. Two mistakes dawned on me as I rode under the GWB.

Prior to reaching this point of exhaustion, during the early part of my ride I could not keep from smiling that I was not at my desk hunched over the computer. I tried to channel that feeling into those last 10 miles. It kinda worked. I coasted onto 14th street to make my way across town for the final stretch. Stopping at each red light was almost nauseating. I felt like a dog who wants so desperately to run free, but is being held back by their owner's tight grasp on their leash.

At last, I made it home to Mcdonald's! I ordered the double quarter pounder meal and was finally home just before 3 PM. Time to relax and.... oh wait... I have a softball game at 5:30 and that beer I wanted to ditch an hour ago is coming with.


As tired as I was... You know I am always down to ball play. I did have time to kick my feet up and enjoy a beer. An hour and a half later I ditched all luggage, except the Shock Top of course, and made my way to the North Meadow Fields in Central Park (another 6 miles). We lost 14-1 but it was fun time and a beautiful night. After another burger and fries, this time at Bare Burger, I made my home and the weekend was finally over.

This was a major step toward my preparation for my trip across the country. More so than my last weekend's prep trip, I feel totally confident in my physical abilities to complete the cross country trip. My next and final preparation will be a weekend trip where I actually set up camp and cook my own breakfast and dinner. 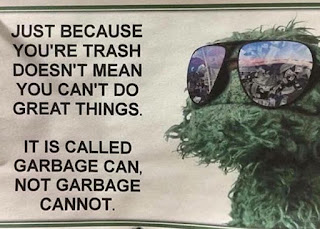