After Wally and I closed out the library in Ennis on day 64, we headed out for a Mexican restaurant. Turns out neither of our GPS could find the place, so we pulled a U turn and headed for the center of town and found a bar.

After chatting it up with Sarah, our bartender, she told us that Willie's Distillery allows cyclist to camp right behind the distillery. We rolled our bikes across the street and tried some moonshine, honey whiskey, bourbon and cafe liquor. All very good. 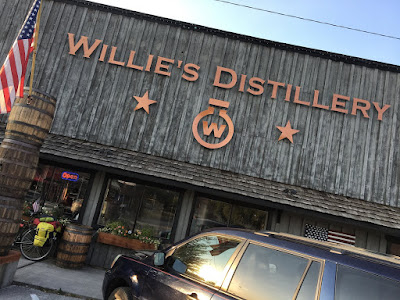 We then got talking to our bartender there, Taylor. After a lot of chit chat turns out her grandmother is turning 100 this week; a healthy, physically and mentally active 100. On the other hand, her grandfather lost his life to the Alzheimer's Disease.

She was very pleased to inform us that her father presented her with a decision when she was around 13 years old. After explaining the Alzheimer's Disease to her, her father told her she could either see her grandfather everyday until he dies in this poor mental state, likely having no idea who she is, or she could say a final goodbye and forever remember the great relationship she had with him.

She chose the latter and this is why she was all smiles when she spoke of her grandfather. I admire that decision and the fact she was able to understand what her decision meant at such a young age.

This is another story that sheds light on the difficulty the Alzheimer's Disease can be, not just to a single person, but to a family at large.

Once again I would like to thank everyone who has shown their support for me on this trip by donating the the Alzheimer's Association. If you have not donated, there is still time! I have over 1,000 miles to go over Monatana, Idaho and Oregon and I am almost 50% of the way to my goal. That is almost $5,000!!! It looks like I will be close to biking 5,000 miles. If I can raise a dollar a mile I will be beyond happy.

If you have been enjoying this blog (or even if you hate it) and want to show your support please click here or follow the link at the top of the page. There is no minimum and every dollar helps. 100% of the proceeds go toward awareness, research, care and support and to one day eliminate making a decision to not see your living grandparent like Taylor had to make.

Also, here is a picture my mom gave me at the start of my trip of my grandmother in her WWII uniform. She suffered from and ultimately passed away due to Alzheimer's. I see it every morning when I pack and it's a great reminder that no amount of "suffering" I deal with on this trip can compare to what millions of people are struggling through everyday not just from Alzheimer's.

Wally and I woke up to the sweet smell of whiskey. What better?! 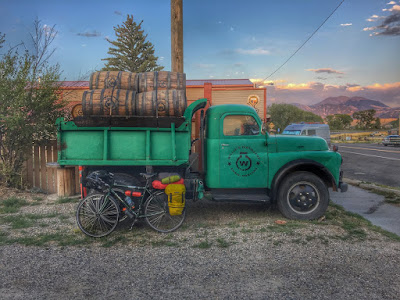 We hit up the local cafe and loaded up on breakfast. I ordered today's special of corn beef hash and two eggs for five bucks, but the kicker was Indian Fry Bread. You ever heard of Indian Fry Bread? Like Native American Indian, not naan or something like that. It is a light fried loaf of bread loaded with butter and cinnamon. I find it hard to believe the Indians were frying bread and dousing it with cinnamon sugar, but damn it was good.


That extra fat and carbs were much appreciated as Wally and I tackled a 2,000 foot climb over 8 miles to start the day. I felt like I was back in the Appalachians! Not to mention the headwinds were barreling down on us. I guess it's slow and steady this morning. 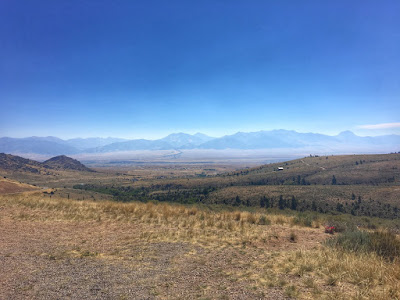 Once we finally reached the top, we flew down to Virginia City. Virginia City and the following town, Nevada City, have been left to look like they are still in the late 1800s. It was a very cool look, so I filtered some photos to embody that look. 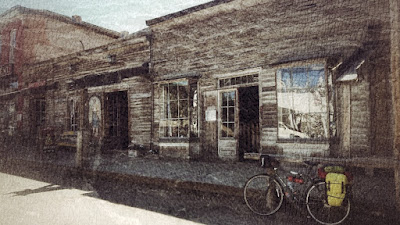 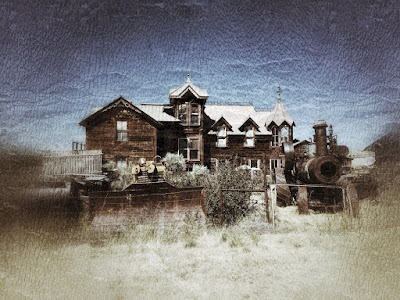 The McDonald's was important for the free WIFI because I have very important fantasy football draft tonight. It is a little unfortunate that this is influencing my travels, but I have the time to slow down, so why not. Also, if I win the league, I win money... more money is never a bad thing despite what the Notorious B.I.G. will tell you... then again, I've never had as much as him.

We reached Twin Bridges early and met a German couple who has two years to travel the world by bike. They were very friendly in introducing themselves, but after that, seemed to hate every question we had. We let them be.

Then we met very enthusiastic Mark who took time off to break away from a scheduled life and finally be a "wondering soul." He just came off a 96 mile day but showed no signs of it. All he wanted to do was to get to Yellowstone. I wasn't going to rain on his parade. I simply gave him all the tricks and tips up my sleeves and wished him luck.

For dinner I went to the grocery store and bought what I thought was Sloppy Joe in a can. It was actually just the sauce which provides almost no nutrients. I made a second trip back to the grocery store for some ground beef. I cooked a pound of ground beef on my stove and ended up having a really good 6 dollar dinner. Not to mention leftovers for breakfast!

I think I have found a new inexpensive meal to cook! I'm going to need it... All those dinners and motels with Mike and Ryan and catching up. My spreadsheet shows I'm down to $20 a day. I'll make it.

Wally and I rose casually and were out of Twin Bridges by 9:45 ish. We only have 28 miles today and I thank Wally a bunch of sticking with me. 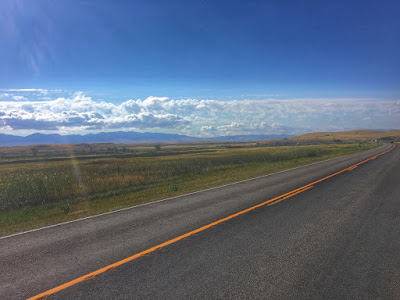 Being alone is not so bad on the bike, but when you reach a town like Dilson Dillon where there is no official place to camp, it is nice to have a buddy at your side when you decided to pop a squat in the town park. 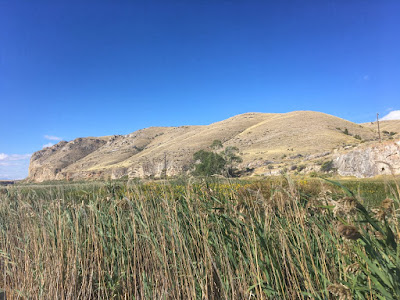 Short day means a short story. With almost no elevations, TAILWINDS and no lefts or rights we reached Dilson Dillon before noon in an hour and 40 minutes. 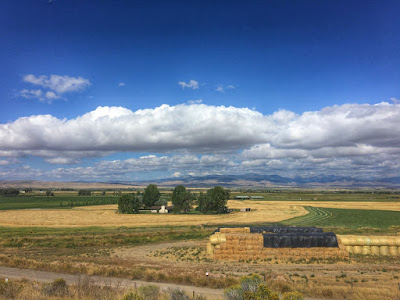 There were a bunch of signs for the Lewis and Clark trail which we are very close to. That would have been one hell of a journey with Sacajawea. 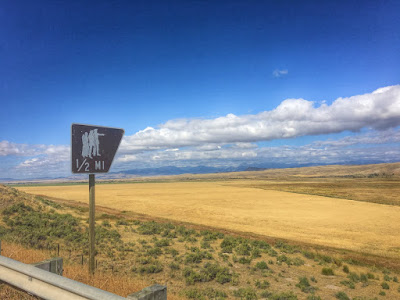 There is the town library where I am at now, a Subway, Starbucks, McDonalds and at least one coffee shop all with WIFI. I will be bouncing around until 7 PM when my drafts starts. Dilson Dillon is an okay town, but I would have blown right through it if there was anything promising up ahead. Apparently that is not the case.

Until then it is Jackson, Darby and Missoula where the ACA HQ is. That is my next milestone and the furthest north I will be on this trip. Then I head southwest through Idaho! I am praying for warmer weather.
Posted by Unknown at 1:13:00 PM