Jamie met us at the bike hostel and we swung out for Day 16 looking forward to three big hill climbs.

Only a few miles in we stopped at a post office so I could shed some weight. I left behind an extra non bike t-shirt (now I only have one), my collard shirt (don't need to look nice for anyone), khaki shorts (these don't even fit anymore), tank top (no muscles to show off anyway), gym shorts (I'm using a bathing suit instead... It dries faster), NYC bike hat (just didn't wear it and it kept me too hot) and a water proof case for my phone (was not too practical, I just throw my phone in my handlebar bag when it rains). 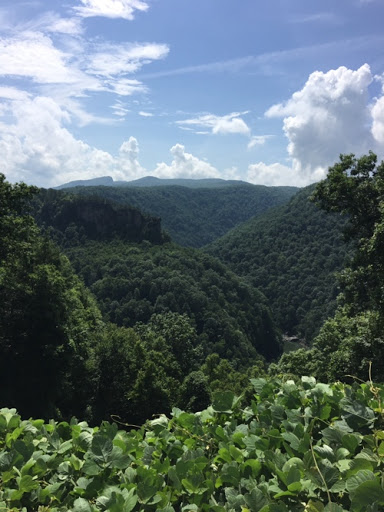 That got me down 2lbs 10.9 ozs which will save me some energy riding up the next three hills today and of course for the rest of the trip. I am continuing to eat the food I brought as well. I have too much on me at one time and we pass too many groceries stores to worry about carrying food for multiple days in my bag.

Once we got up the final grueling hill, we made it to our campsite at Breaks Interstate Park right on the boarder of VA and KY. A wonderful lady at the campgrounds check in asked if we were riding the Transam. When we said yes, she gave us each a commemorative pin! Almost like a little trophy for getting through VA. 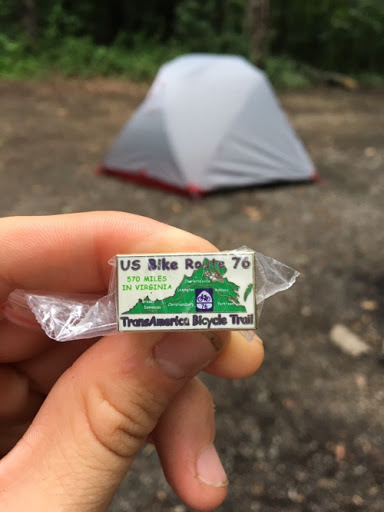 We proceeded to our muddy ass campground, set up, showered and went to dinner. Even after our showers we had to bike to the restaurant which produced more sweat. Ryan made the declaration, "we will never be fully dry on this trip," and no truer statement has been made.

Dinner was insane. We started with fried pickles and loaded French fries. Then came the big heavy portions. I got fried steak, mashed potatoes and Mac n cheese. I couldn't even finish it. It was epic! 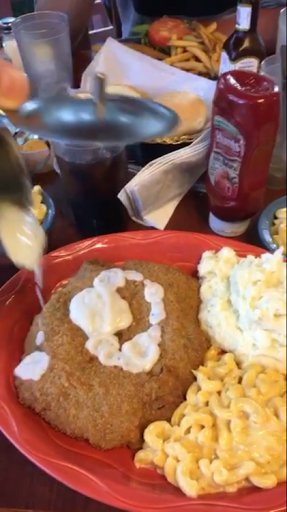 Then all of a sudden, due to blood loss to the head, delirium and adrenalin we all started hysterically laughing for a good 5 minutes about nothing. It was exactly what we needed to finish the day.

After some heavy rain all night, we had to pack up our muddy tents and head out for day 17.    Only 1 mile down the road we ran into "ROAD CLOSED" signs on our route. We chose to continue forward thinking we could sneak by some construction. Man were we wrong.

After traveling down freshly paved highway and bridge, the road turned into mud and rocks. Now we were officially in Kentucky, my 6th state! 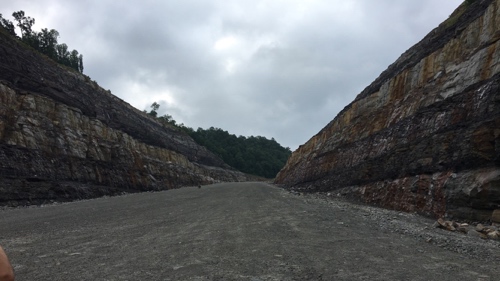 We trudged through that for almost 7 or 8 miles. It was a bitch. At one point we debated turning around, rolling down a steep grassy hill to our deaths, or continuing forward. Of course, onward west we went. We found a man loading his truck and asked him if we could get out of this construction site and profusely apologized for being here in the first place. He didn't care... At all. He said just keep going and eventually you will be out. So we kept going happy to know it this was coming to an end. 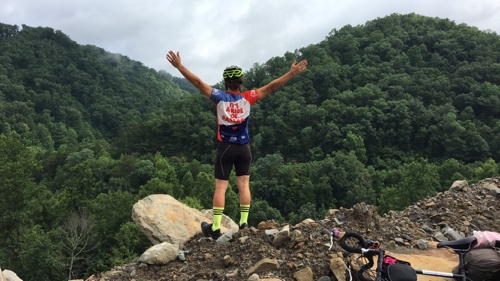 It's funny how back on the east coast we probably would have been chastised or even arrested for being on this closed construction site of a new major highway, but now in Kentucky, nobody even cared we were here. 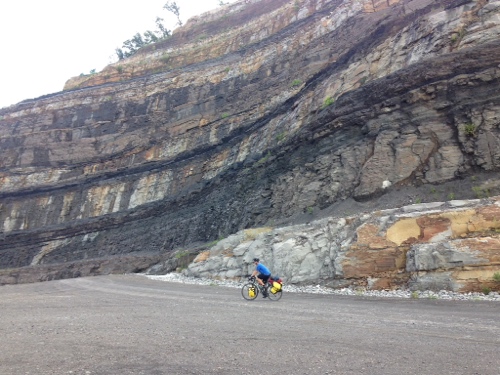 Once we finally got off the moon, shirts soaked, we grabbed some snacks and continued our travels through Kentucky.

Once again today was filled with about 4 major climbs. Each climb drenching our entire bodies. Like Ryan said, we will never be fully dry on this trip.

After the second hill we made an easy impulse decision for some delicious soft served ice cream and a refill of our water bottles. 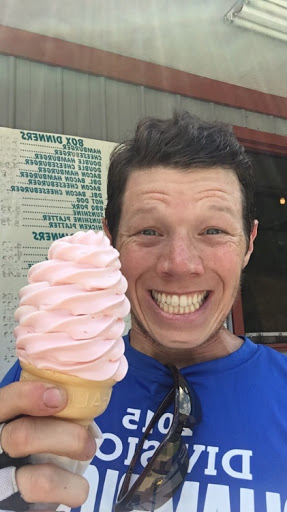 During the third hill Ryan chose to pick some fresh raspberries off the side of the road, bringing his bike with him. It was either this decision or the moon riding that caused his tired to blow. Jamie and I waited at the top of the hill until deciding to move on and hopefully meeting up with Ryan and Mike later. 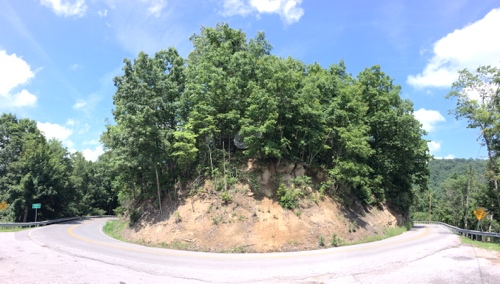 It ended up being only a few miles later when we were able to meet at Fat Daddy's for double bacon cheese burgers for $3.99!

After burgers we trudged up one more hill and sailed on through the remaining 12 miles to Dairy Queen... Because of course we need more ice cream. We deserve it! 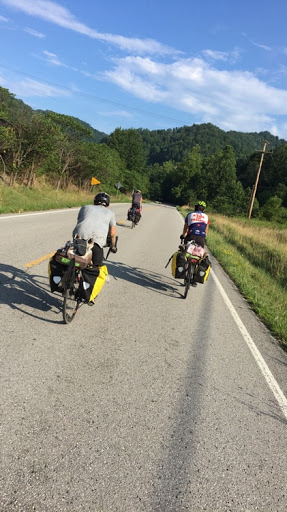 It was about 8 PM when we rode the last 2 miles to what we hoped was a bike hostel in a church. As heavy winds and rain started to roll in we made a wrong turn. We were about to turn around when we saw a man crossing the street entering a different church. He invited us in and saved us from the oncoming downpour. Not that it would have mattered... Our shirts were soaked again.
Posted by Unknown at 7:32:00 AM